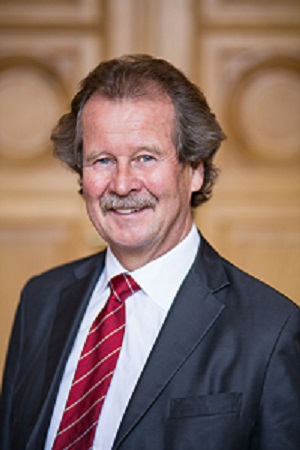 In October 2016, Manfred Nowak was appointed as independent expert leading the UN Global Study on Children Deprived of Liberty. He carries out this function in close cooperation with the Global Campus of Human Rights, which he is heading as Secretary General, as well as with the Ludwig Boltzmann Institute for Human Rights in Vienna, which he founded and co-directs.

In addition, Manfred Nowak still has a part-time Professorship of International Human Rights at the University of Vienna, where he is the head of the Vienna Master of Arts in Human Rights and of the Research Center Human Rights. He is also Vice-Chairperson of the Management Board of the EU Agency for Fundamental Rights in Vienna.

Aside from Vienna University, Manfred Nowak was Professor of International Law and Human Rights at various prestigious universities, such as Utrecht, Lund, Stanford and the Graduate Institute in Geneva, and has published more than 600 books and articles in this field, including various language editions of the CCPR-Commentary, a CAT-Commentary and an introduction to the International Human Rights Regime. His latest books deal with the human rights as an answer to growing economic inequality (Menschenrechte – Eine Antwort auf die wachsende ökonomische Ungleichheit, Konturen Hamburg 2016) and with the limits of privatization from a human rights perspective (Human Rights or Global Capitalism, Pennsylvania Press 2017).

In the past, he also carried out various expert functions for the UN, the Council of Europe, the EU and other inter-governmental organizations. Most importantly, he served for many years in various functions as UN Expert on Enforced Disappearances (1993 to 2006), as one of eight international judges in the Human Rights Chamber for Bosnia and Herzegovina in Sarajevo (1996 to 2003), and as UN Special Rapporteur on Torture (2004 to 2010).