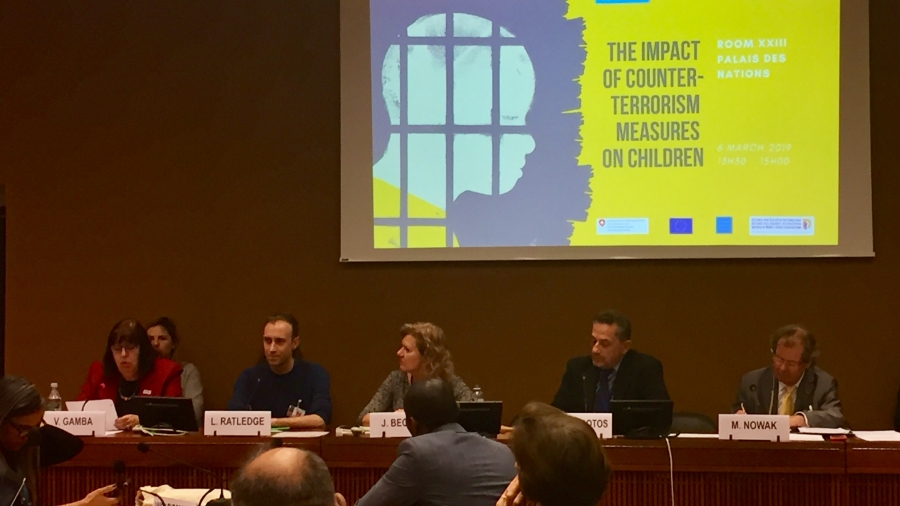 The event was an insightful and vivid discussion on the impact of counter-terrorism measures on children, including their deprivation of liberty. The panel featured Ms. Virginia Gamba, Special Representative of the Secretary-General for Children and Armed Conflict (SRSG), Mr. Leo Ratledge, Legal and Policy Director at Child Rights International Network (CRIN), Ms. Jo Becker, Advocacy Director of the Children’s Rights division at HRW, and Professor Manfred Nowak,  Independent Expert leading the United Nations Global Study on Children Deprived of Liberty, with Alex Kamarotos, Executive Director of DCI – International Secretariat as moderator.

Alex Kamarotos opened the event by thanking the European Union delegation and the Swiss mission for co-sponsoring the event. He also welcomed all the participants and underlined that 2019 is a landmark year for the Global Study as it will be delivered to the General Assembly in October.

The panel opened with the intervention of SRSG Gamba who presented her recent report to the UN Human Rights Council, which included a focus on the abduction of children in armed conflict and children of or recruited as foreign fighters. She called on states whose citizens have travelled to join extremist groups to allow them to return following a determination of their best interests and to ensure that no child is left behind nor left stateless. Her message was one of prevention and protection.

Leo Ratledge presented CRIN’s recent report “Caught in the Crossfire” about the effect of counter-terrorism legislation on children. He reminded participants that punitive measures are not necessary and that a human rights approach focused on prevention and rehabilitation is far more effective. He called for an approach focused on safeguarding, not criminalisation, including diversion and non-custodial measures.

A key moment of the event was the presentation of Jo Becker’s new report “Everyone Must Confess:” Abuses against Children Suspected of ISIS Affiliation in Iraq.” After presenting her findings, Becker reinforced the message that rehabilitation is key. Yet too often governments are taking punitive approaches, treating children as criminals, not victims. She concluded with a call to prosecute child recruiters and to help children with rehabilitation and reintegration.

The participation of Professor Manfred Nowak focused on the Study and its preliminary data. He expressed concerns about broad legislation in the area of national security. Prof. Nowak stressed that children should only be tried through juvenile justice systems and that a peaceful reintegration avoiding deprivation of liberty is key. He reminded participants of the legal framework on deprivation of liberty of children and made links to the Sustainable Development Goals, particularly 16.2 – End abuse, exploitation, trafficking and all forms of violence and torture against children.

The panellists were followed by an interactive question and answer session. Questions covered country-specific situations queries around the Global Study and its next steps, and topics such as the criminalisation of online activity. For her part, Jo Becker concluded by highlighting that the Study will give states guidance on how to better approach deprivation of liberty from a child rights perspective. SRSG Gamba stressed the importance on the Study and the support of her office for its development. She noted that the Study will help to address the lack of data and information on deprivation of liberty. Leo Ratledge and Professor Nowak responded to questions concerning criminalisation of children on national security grounds for online activity stating that they had seen cases of this. Nowak concluded the event noting that the Study will include recommendations regarding all the different types of deprivation of liberty of children and non-custodial measures. 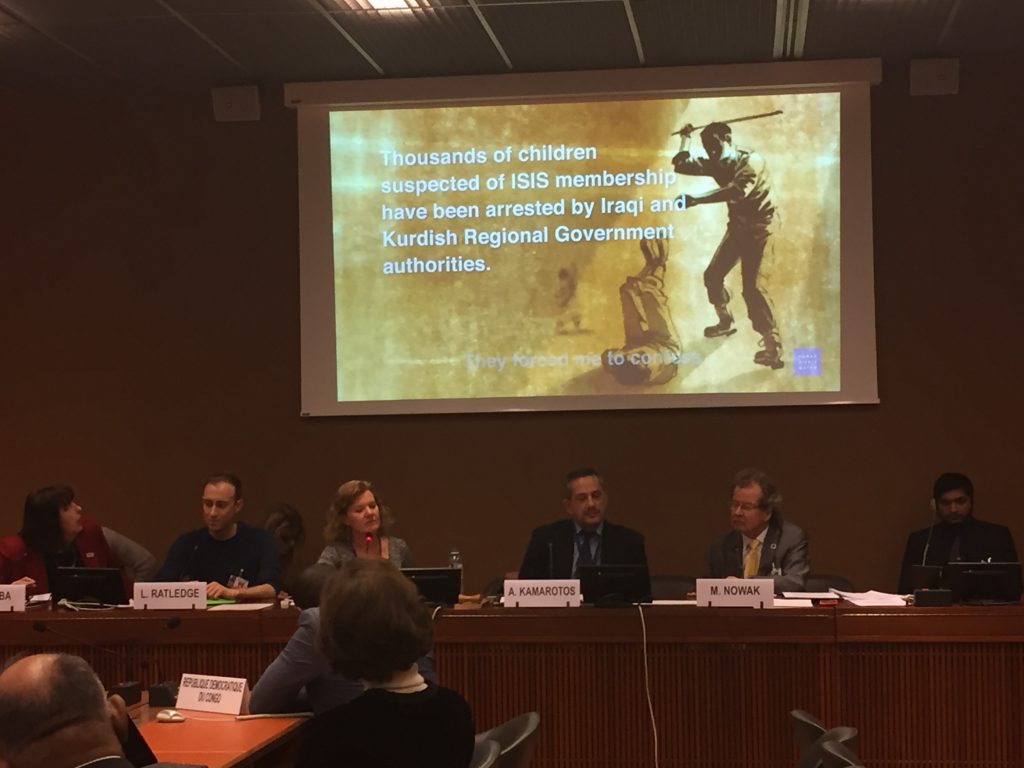 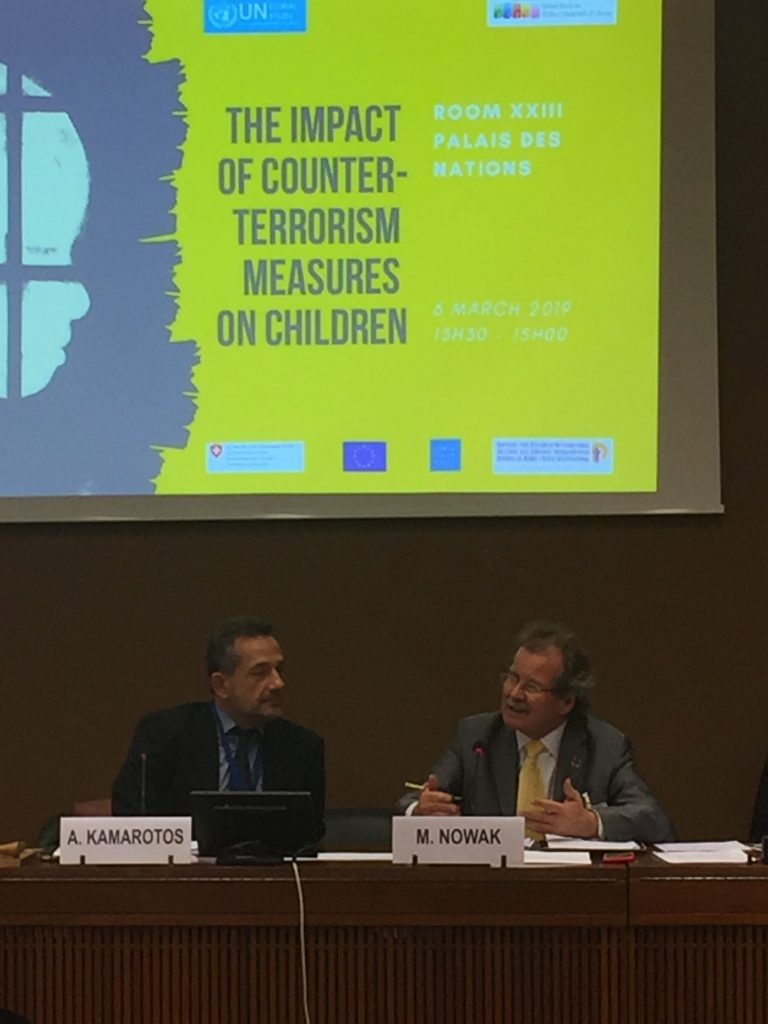