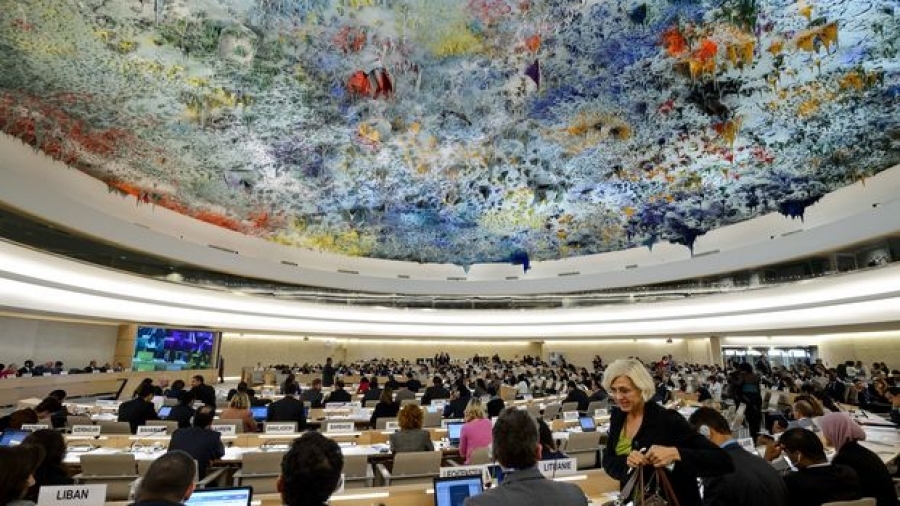 Interactive dialogue with the Working Group on arbitrary detention

The Working Group on Arbitrary Detention highlighted a series of recommendations with regard to the detention of children in the administration of justice such as always separating children from adults and putting into place child friendly justice systems.

During this dialogue, a statement was delivered on behalf of the NGO Panel on Children Deprived of Liberty by Defence for Children International (DCI) calling on States to support the Global Study and its recommendations, including specific mechanisms to continue data collection and to implement good practices on alternatives to detention.

The Administration of Justice including Juvenile Justice

During the 42nd session of the Human Rights Council the question of the Administration of justice including juvenile justice was dealt with in the High Commissioner’s report on the subject as well as with the biennial resolution. The report demonstrates how overcrowding in prisons and detention facilities leads to violence, death and serious injury. This biennial resolution led by Austria was adopted by consensus. It was an important opportunity for child rights NGOs to advocate towards the better protection of children’s rights in the child justice system. The resolution calls on States to keep the different categories of prisoners separated, taking account of their sex, age, criminal records, the legal reason for their detention and the necessities of their treatment. Furthermore, the minimum age of criminal responsibility was increased to 14 years of age from 12 years of age in line with the General Comment 24.

It was highlighted during a side event on this issue that the topic of children of prisoners is difficult approach due to the lack of information, what is certain is that loss of contact is very common in families where a member is serving a life sentence.

Interactive dialogue on the High Commissioner’s Report on Yemen

The Chairperson of the Group of Eminent International and Regional Experts, Mr Kemal Jendoubi highlighted that children are particularly hit by the conflict with high rates of recruitment of child soldiers who are under the age of 15 and generally it was highlighted that a lot of civilians casualties are children due to restrictions of humanitarian aid, and the military use of hospitals. Four children were killed in the airstrike of the detention centre just days before the HRC.

Furthermore, during a side event on the situation in Yemen, Yemeni activists discussed the role of Yemeni woman in the fight against arbitrary detention and enforced disappearance of woman through facts, experiences and local initiatives carried out on the field. Panellists provided the audience with a profile of the woman in detention and post-arrest, identifying the socio-psychological impact on woman and their families.

A multitude of issues were raised during Item 7 such as the use of collective punishment, and arbitrary detention, including for children which was condemned by the delegations that took the floor.

Interactive dialogue on the High Commissioner’s oral update on Ukraine

Interactive dialogue on the High Commissioner’s oral update on Libya

Of particular concern is the conditions of detention in Libya without appropriate healthcare, indefinite arbitrary detention, torture, ill treatment, SEA, as well as trafficking and smuggling, migrants today are exposed further to the impacts of the conflicts. It is estimated that 3500 are help in centres in conflict zones. 1 in 5 are children.