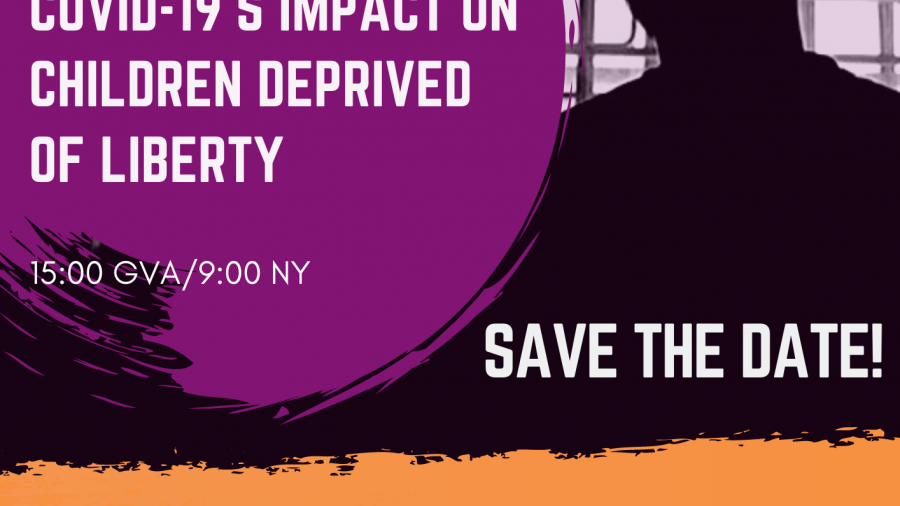 On 16 July 2020, Defence for Children International (DCI) and Human Rights Watch (HRW) hosted a webinar on COVID19’s impact on children deprived of liberty, which was attended by more than 250 participants from different countries. This online event highlighted the key findings of the United Nations Global Study on Children Deprived of Liberty (GSCDL) in the context of COVID19 and was moderated by the UN Special Representative of the Secretary General on Violence Against Children, Najat Maalla M’jid. It was co-sponsored by the Permanent Mission of Austria to the UN Geneva and the Permanent Mission of Uruguay to the UN New York and featured the participation of the UN inter-agency Task Force for the GSCDL. 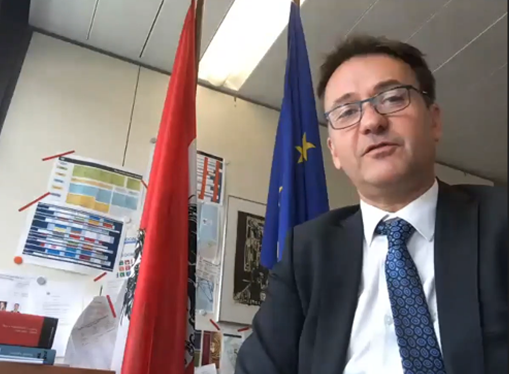 From the Permanent Mission of Austria to the UN in Geneva, Ambassador Robert Müller praised the timely realisation of the webinar and regretted that children are still being deprived of liberty for the different situations outlined in the GSCDL. In his words “when children are deprived of their liberty, in the administration of justice, in institutions or for migration related reasons, they are particularly vulnerable to be victims of violence and other grave human rights violations. COVID19 has underlined the need to strengthen alternatives to detention and alternatives to the justice system in general. The findings of the GSCDL have shed light on the phenomenon by providing reliable data on the scale of this problem.”

Ambassador Müller’s opening remarks were followed by those of Ambassador Luis Bermudez from the Permanent Mission of Uruguay to the UN in New York, who noted that COVID19 represents an opportunity for releasing children deprived of liberty. For him, “due to the GSCDL, Governments are in better conditions to address COVID19 in child detention facilities”. In this sense, he highlighted that “placing children in centres or in institutions where they are deprived of liberty may lead to irreversible negative impacts on them and usually collides with the guiding principles of the United Nations Convention on the Rights of the Child.” 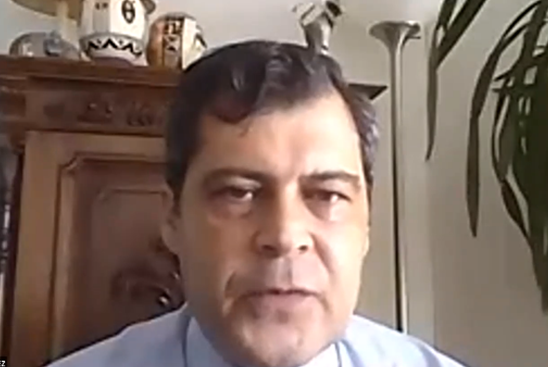 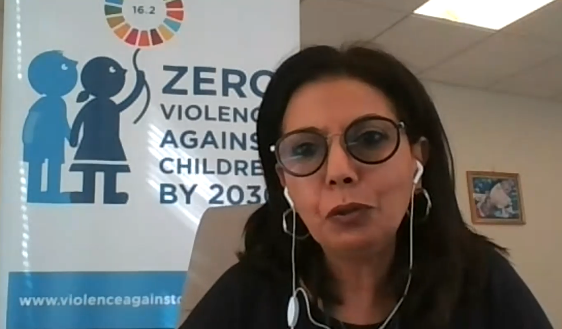 Before giving the floor to other panellists, Najat Maalla M’jid noted the importance of having a follow up of the GSCDL. The Special Representative remarked that COVID19 adversely and disproportionally impacts children deprived of liberty and that it provides us with an opportunity to bring about sustainable long-term changes, such as using all alternatives to detention and institutionalisation. Particularly, she wondered: “if it is safe to release children now (in the context of COVID19), why were they detained in the first place?”

From UNICEF’s Child Protection Programme Division Cornelius Williams, welcomed the fact that some States have released children in the context of COVID19. He alluded to the recently produced UNICEF’s Global Guidance of COVID19 and Children Deprived of Liberty and referred to the “protests of the movement ‘black lives matter’ in the US, which has triggered response to the universal scourge of racism and discrimination.” For him, “these events provoke the need to redouble our efforts to root out racial discrimination and all forms of discrimination from the very system meant to protect children.”

Furthermore, from the UN Office of the Special Representative of the Secretary General on Children and Armed Conflict, Anne Schintgen expressed her concern about the often extremely poor and inadequate hygiene conditions of detention centres. With respect to the specific issue of children deprived of liberty in the context of armed conflict, she noted: “our office is reporting and monitoring the deprivation of liberty of children for their actual or alleged association with conflict parties. While some children are apprehended under military operations, others are detained simply because they appear to be of fighting age, or they come from communities perceived to be sympathetic to opposition forces.” In any case, she added, recovery and rehabilitation must always follow the release of children

Alexandra Souza Martins, who spoke on behalf of the UNODC’s Global Programme on Violence against Children, stressed that the challenges linked to the treatment of children deprived of liberty have exacerbated during COVID19. For her, “the majority of children in detention should not be there in the first place. Amongst them are children with mental substance abuse problems and children who have committed minor offences. More recently, she highlighted, we have witnessed a worrying trend of detaining children for national security reasons, such as their alleged association with terrorists and the so-called violent extremist groups”. 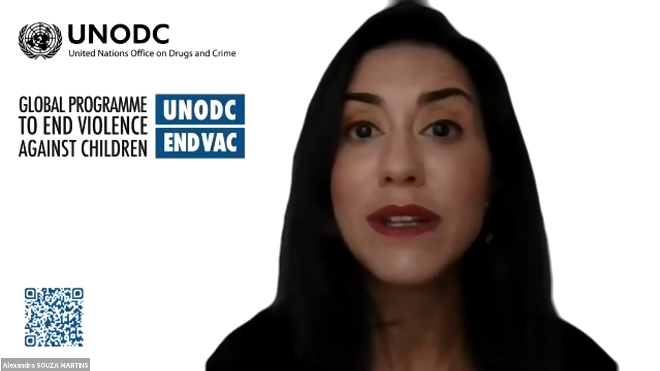 As Member of UN Committee on the Rights of the Child and Chair of the UN Global Study Advisory Board, Prof. Ann Skelton emphasised that the mental health of children deprived of liberty is equally as important as their physical health. With respect to COVID19, she focused on institutionalised children and deplored that some States do not know the number of children in institutions. “To have this information is crucial in the context of a pandemic” she said. For her, States “need to be prepared for emergencies and think about how to place children in safety and in foster care during crisis.” In this sense, Ann Skelton said that given the context of COVID19 it “is a good moment to push States towards deinstitutionalisation.”

From the perspective of the World Health Organization (WHO), Dr. Carina Ferreira-Borges said that “all the people that have been deprived of liberty, including children, have been part of a population that has been left behind.” Dr. Ferreira-Borges added that children deprived of liberty “have very poor health status, even poorer than their peersin the community.” She also noted that “detention can cause or exacerbate already existing physical and mental health issues.” She also referred to WHO’s interim guidelines on how To respond to COVID19 situations in prisons whilst also calling on States to release more children in order to reduce overcrowding, which has a positive impact in preventing the spread of the virus. 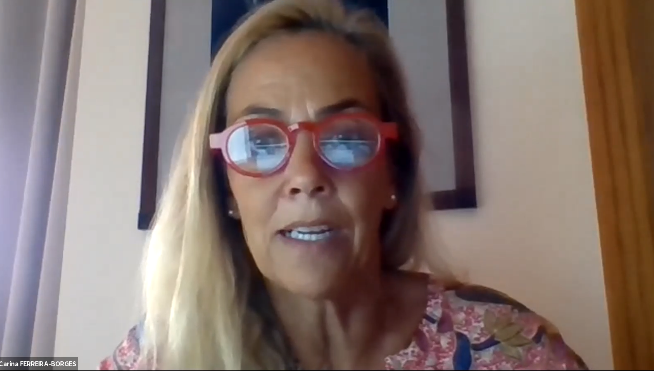 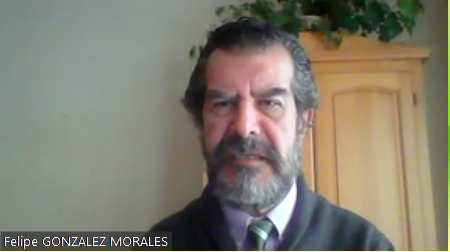 Felipe González Morales, UN Special Rapporteur on the Human Rights of Migrants, focused on the detention of migrant children, which is one of the most important issues of his mandate. While he applauded that “in a number of countries migrant children are being released and alternatives of detention are put in place for them during the pandemic”, he deplored that “in other countries there has even been an increase in the number of migrant children deprived of liberty.” Afterwards, Felipe González informed that the main theme of his next UN General Assembly report will be immigration detention of children, which, in his words, “is contrary to international law”

as has been reiterated by “various human rights mechanisms at the international and at the regional level.” Finally, he called upon States to ensure that, regardless of COVID19, civil society organisations have access to detention centres to monitor the situation of migrants.

Jo Becker, Advocacy Director of the Children’s Rights division of Human Rights Watch (HRW), and Co-Chair together with Defence for Children International (DCI) of the NGO Panel on Children Deprived of Liberty, noted that “even before the pandemic, the GSCDL revealed that millions of children are being deprived of their liberty at great cost to their health and their future”. Particularly, she referred to a recent HRW report showing that, while at least 80 countries have released adult detainees for the COVID19 pandemic, only around 20 have taken concrete measures to release children. Calling for more urgent actions to release children in the context of the pandemic, Jo Becker importantly noted that “studies have showed that the vast majority of these children could be released without a risk being imposed on society.” Finally, she stressed that social distancing measures have forced some children into solitary confinement, which, according to experts, “should never be used for children, and can even constitute torture”. 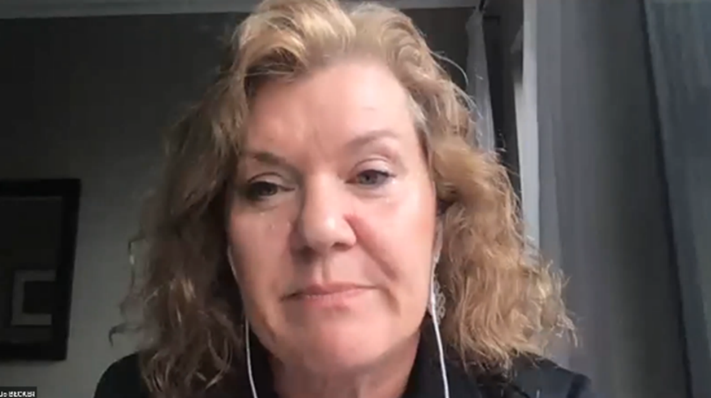 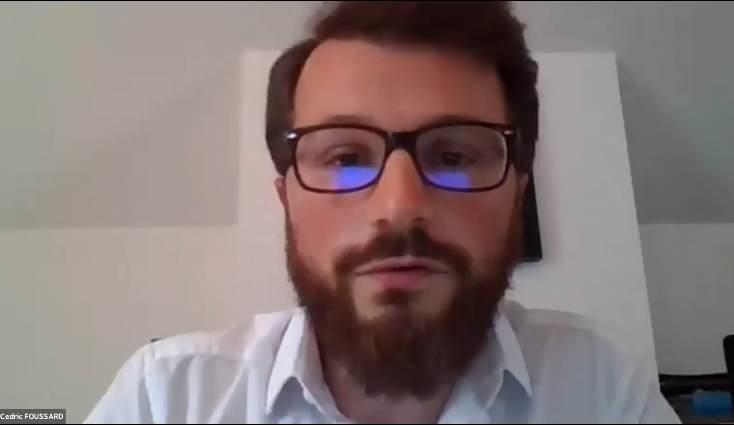 The last panellist intervening in the webinar was Cedric Foussard, Advocacy and Global Learning Advisor at Terre des Hommes (TdH), which is also a Member of the NGO Panel on Children Deprived of Liberty. He noted that “TdH has worked on a global campaign for accelerating the release of children from detention in the context of COVID19” and has produced a Policy and Practice Brief on this issue, “which captures the initial phases of how justice systems are reacting to COVID19 with a specific focus on children in conflict with the law.” Cedric Foussard applauded the efforts of civil society and academia in involving children in the creation of the child-friendly version of the GSCDL. He stressed that the follow up of the GSCDL should continue to consider child participation and involve children in its future implementation.

Finally, Professor Manfred Nowak, Independent Expert and lead-author of the GSCDL, intervened from the floor to welcome the efforts made by the UN Task Force for appropriately following up the GSCDL. He also stressed the importance of releasing “those children that we know that are deprived of liberty in violation of international law,” such as those detained for migration-related reasons and for minor offences.

For more information please follow the NGO Panel on Children Deprived of Liberty.